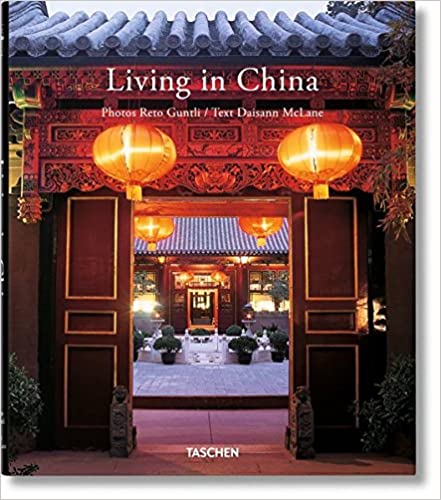 Splendid and traditional homes in the People’s RepublicDating back more than six thousand years, China is the world’s oldest civilization and most populous nation. With its remarkable history, rich culture, and diversity of ethnic groups, China is an endlessly fascinating country. Sneaking a peek at an array of different homes, from ancient to modern, Living in China brings you to places that most will never have a chance to visit. Whether it’s the Bamboo Wall by Kengo Kuma, a 600-year-old round earth house in Fujian, the artsy Shanghai apartment of a celebrated but banned Chinese writer, the Hong Kong residence of the owner of the China Clubs and Shanghai Tan, or an artist studio and home in the largest art community in the world, all of the interiors featured here capture intriguing facets of life in China today.About the editor: Angelika Taschen studied art history and German literature in Heidelberg, gaining her doctorate in 1986. Working for TASCHEN since 1987, she has published numerous titles on architecture, photography, design, contemporary art, interiors, and travel.About the photographer: Swiss photographer Reto Guntli, based in Zurich, regularly travels the world shooting for international magazines. He has published numerous books and contributed to TASCHEN publications such as Inside Asia, Living in Japan, Living in Bali, Great Escapes Asia and Great Escapes Europe.About the author: Daisann McLane writes for National Geographic Traveler Magazine, The New York Times, New York Times Magazine and International Herald Tribune. She is the author of TASCHEN’s Cheap Hotels and lives in New York City and Hong Kong. (www.daisann.com)