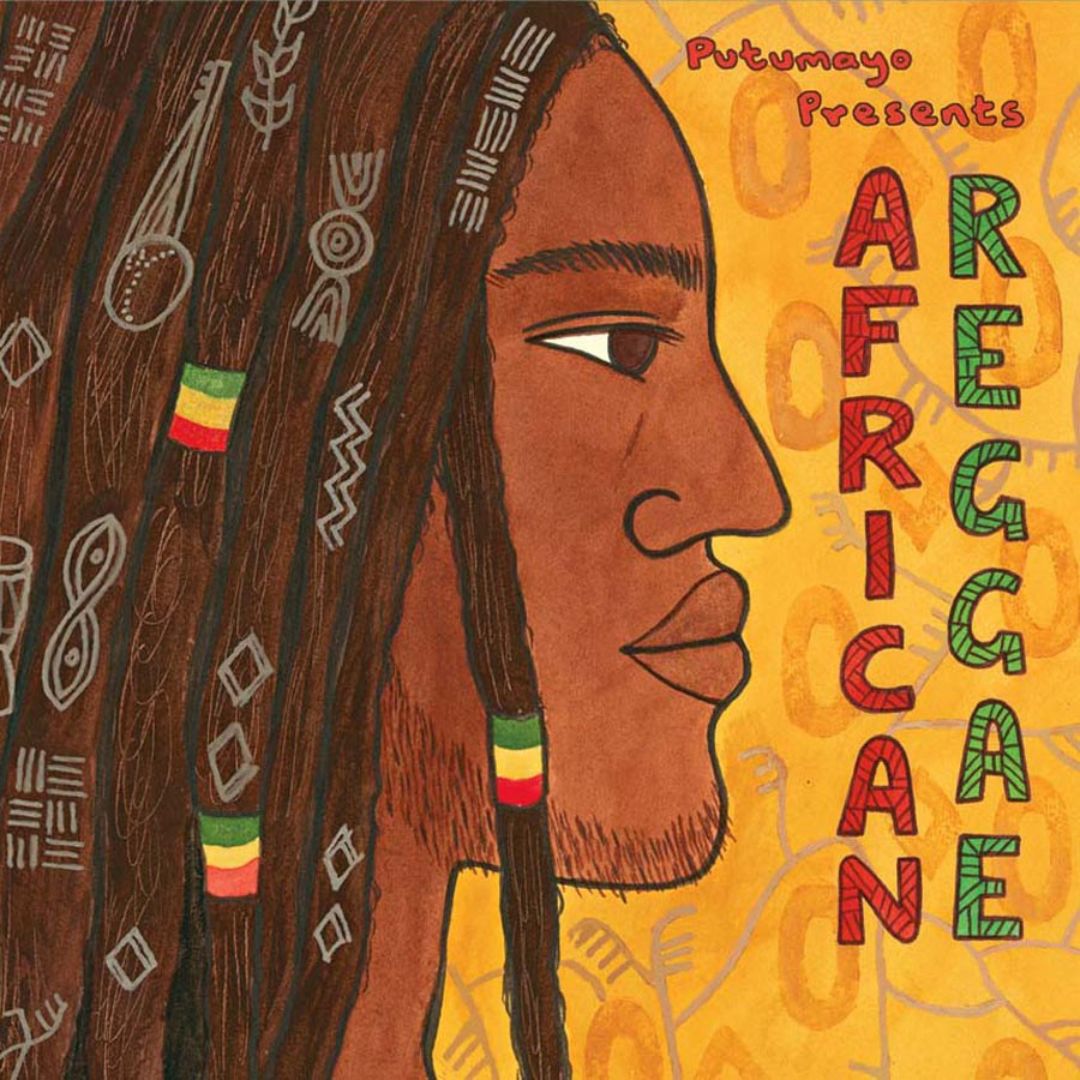 A compilation that calls itself Putumayo Presents: African Reggae but doesn’t contain anything by Lucky Dube? Were there no Dube recordings that Putumayo could have licensed for this release? Given that the late Dube was the best-selling South African reggae singer of the 1980s, ’90s and 2000s, it might seem strange that there are none of his recordings on Putumayo Presents: African Reggae. But then, Putumayo have always made unlikely and unorthodox choices when it comes to compilations; that’s a big part of what makes their releases so much fun. And despite the absence of anything by Dube, this disc takes an intriguing look at reggae from the African continent–or at the very least, African pop with a reggae influence. Not everyone on African Reggae is a full-time reggae artist, but all of the selections–from straight-ahead roots reggae to reggae-influenced African pop–at least employ some type of reggae beat. So Putumayo, true to form, follows a basic theme but takes a lot of liberties with that theme. A hardcore roots reggae outlook prevails on Kwame Bediako’s “Steppin’ into Zion,” One Love Family’s “Bo Ten Qu’Luta,” and Bingui Jaa Jammy’s “Congo Natty,” whereas Nino Galissa’s “Krebo Cheo,” Ismael Isaac’s “Magno Mako,” Ba Cissoko’s “On Veut Se Marier,” and Zoro’s “Jabulani” are essentially African pop with a reggae influence. Given how widespread reggae’s influence is, Putumayo could have easily come up with some reggae-influenced recordings from Arabic North Africa (Morocco, Algeria, Libya, Tunisia or Egypt). But Putumayo focuses exclusively on Sub-Saharan Africa/Black Africa, spotlighting artists from Nigeria, South Africa, Cape Verde, Ghana, Burkina Faso (formerly Upper Volta), Guinea-Bissau, and the Ivory Coast–and the fact that there is such an impressive diversity of artists south of the Sahara allows Putumayo to assemble a compilation that is unpredictable yet remains true to its basic theme. Allmusic