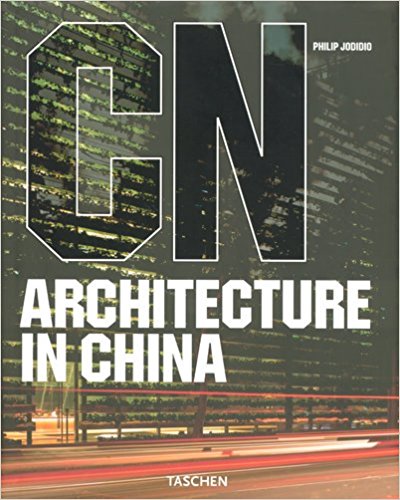 Great Leap Forward: Contemporary Architecture in ChinaThe past five years have seen a revolution in Chinese architecture – the emergence of independent designers, and a number of new stars – and above all new and interesting buildings that are not the product of direct Western influence. These developments have laid the groundwork for an indigenous modernity that differentiates itself from outside schools as well as eschewing the temptation to put a Chinese-style roof on ordinary office blocks. The fact that Beijing has been chosen to host the 2008 Summer Olympic Games has been more than a catalyst for the development of high-quality contemporary architecture in China. Major foreign firms like OMA/Rem Koolhaas or Herzog & de Meuron are participating in the design of buildings that will have functions during the Games, but Chinese architects, too, have been mobilized in this massive effort to prepare the country for an unprecedented level of world-wide attention. Architects featured: Atelier Deshaus, FCJZ Atelier Feichang Jianzhu, AZL Atelier Zhanglei, EDGE Design Institute, Fake Design, Herzog & de Meuron, HHF Architects, Arata Isozaki, Jiakun Architects, Kengo Kuma, Li Xiaodong Atelier, MAD, MADA s.p.a.m., Michael Maltzan, Toshiko Mori, NODE – Architecture, OMA/Rem Koolhaas, Pei Zhu, URBANUS Architecture & Design, Wang Hui, Zhu Xiaofeng/Scenic Architecture TASCHEN’s new architecture series brings a unique perspective to world architecture, highlighting architectural trends by country. Each book features 15 to 20 architects – from the firmly established to the up-and-coming – with the focus on how they have contributed to very recent architecture in the chosen nation. Entries include contact information and short biographies in addition to copiously illustrated descriptions of the architects’ or firms’ most significant recent projects. Crossing the globe from country to country, this new series celebrates the richly hued architectural personality of each nation featured. Philip Jodidio studied art history and economics at Harvard, and edited Connaissance des Arts for over 20 years. His books include TASCHEN’s Architecture Now! series, Building a New Millennium, and monographs on Tadao Ando, Norman Foster, Richard Meier, Jean Nouvel, and Zaha Hadid. He is internationally renowned as one of the most popular writers on the subject of architecture.