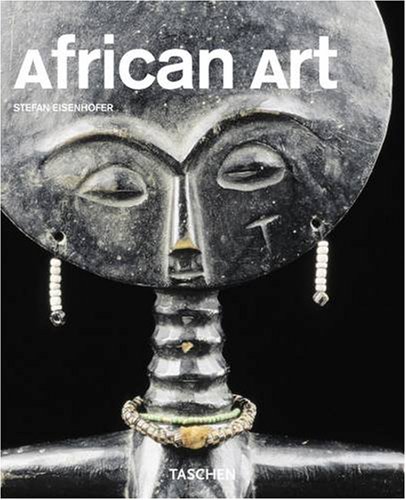 Product Description With examples from every region of the continent, “Handmade in Africa” demonstrates the wide variety of African art. The splendid art of the African peoples occupies an unusual place in the concert of world cultures. It is anything but ‘primitive’, being characterized rather by a highly developed sense of design – whether it’s masks, ancestral figures, ceramics, basketry, metalwork, or weapons. The items in this volume, mostly datable only with difficulty, start with a sculptured head from Nigeria, which may be as old as the 12th century, and extend from a 15th/16th-century salt container from Sierra Leone to the 19th and 20th centuries, to which most of the extant artworks belong.With examples from every region of the continent – from Mali, Democratic Republic of Congo, and the Republic of Congo as well as a dozen other countries including Madagascar and South Africa – this book demonstrates the wide variety of African art, describing the social and religious background without which this art, which today is increasingly threatened with extinction, could not be understood. Each book in Taschen’s “Basic Genre Series” features: a detailed introduction with approximately 35 photographs, plus a timeline of the most important events (political, cultural, scientific, etc.) that took place during the time period and a selection of the most important works of the epoch; each is presented on a 2-page spread with a full-page image and, on the facing page, a description/interpretation of the work and brief biography of the artist as well as additional information such as a reference work, portrait of the artist, and/or citations. About the Author Ethnologist and historian Stefan Eisenhofer has been head of the African department of the Museum fur Volkerkunde in Munich since 2001. He was the co-founder and is one of the organizers of the “Munich EthnoFilm Days”, the concert series “Urban African Sounds” and the “Ethnological Salon” at the Museum fur Volkerkunde in Munich. He also teaches at the Institute for Ethnology and at the Institute for Religious Studies at the University of Munich. He has curated many exhibitions, including “Genocide Monument” in Munich (together with the Ghanaian artist Kofi Setordji). His many publications include the illustrated Painted People, on body art in all five continents.